The Effects of Mentoring

The time you invest in mentoring boosts the probability that your mentee will like school more, make better choices, and succeed later in life. If the Josh Shipp video Grand Area Mentoring shared via email didn’t fully communicate the power of a single caring adult, perhaps some data will.

What’s the magic element? What makes mentoring so powerful?

Perhaps we can allow another group of data points to answer this question. When surveyed at the end of the year, parents, teachers, and mentors agree on which student characteristic seems to be most affected – HAPPINESS.

Improved mental health is the real reason for the positive effects of mentoring. To you, the mentor, it may feel trivial to spend a fun hour talking, playing, and doing art at school. But to a child who needs more one-on-one time with a caring adult, this hour is… 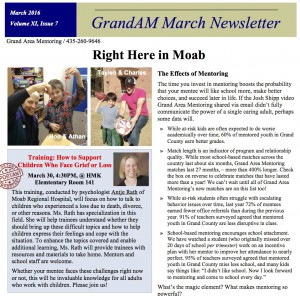